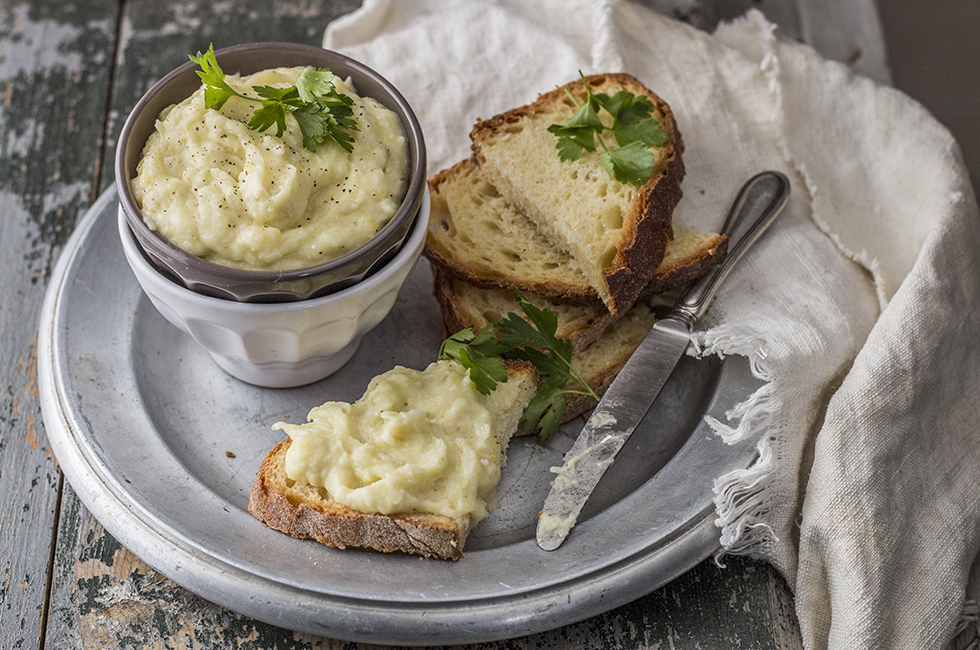 There brandada de bacalao it is a traditional preparation of Catalan cuisine, but this type of recipe is very common in several Mediterranean countries. It resembles the Italian creamed cod while in France it takes the name of brandade de morue. It is a cream based on cod that is whipped with milk and plenty of extra virgin olive oil and also includes the addition of boiled potatoes. Depending on the place of preparation the recipe may undergo variations, in fact there are also versions of bandada without potatoes or with the addition of artichokes, crushed garlic, walnuts or chestnuts. This tasty cream is served as an appetizer spread on toasted bread. The recipe is very simple to make and also quite quick if you use the already soaked cod. Otherwise it will be necessary to proceed with desalination. Leave the cod to soak in plenty of cold water for 24 or 48 hours depending on the size. The water should be changed about every 6 hours. The stockfish should be kept in the fridge during the soaking period.